Tamar discovers her grandmother’s diaries who used to live in Hamburg before she emigrated to Israel after World War II. Help Tamar to walk on her grandmother’s trails of time and explore Hamburg’s Jewish Quarter on this walking tour. 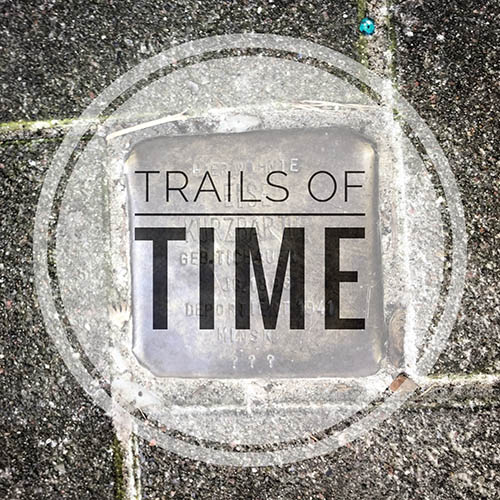 Tamar was born in Tel Aviv but has never forgotten her roots in Hamburg. Tamar’s grandmother lived in the Grindel district before she emigrated to Israel as a survivor of the heinous persecution of Jews.
Tamar’s grandmother never wrote about her experiences in the second World War, but her diaries speak volumes… Handwritten entries, hard-to-read notes, old photos and faded sketches. Only after her grandmother’s death did Tamar come into possession of her grandmother’s diaries and records, which she has been studying ever since.
Unfortunately, Tamar cannot come to Hamburg herself to walk the trails of time of her family’s history. To shed light on the darkness of the past, Tamar needs your help.

Come with us on a historical tour through the Grindel and get to know the former Jewish quarter from its special side. The rally “Trails of Time” takes you past historical monuments and significant Jewish cultural sites. You will learn more about the past and present of the Jewish community in Hamburg, including significant personalities and institutions that still shape community life today.

The walking tour at a glance

easy (for locals) to moderate (for tourists)

These snapshots give you some idea of the places you are going to see during the walking tour. 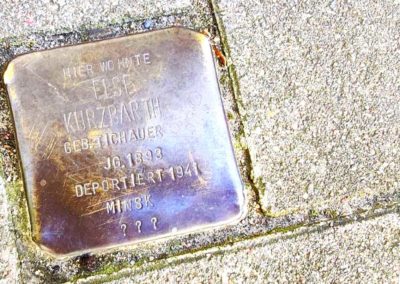 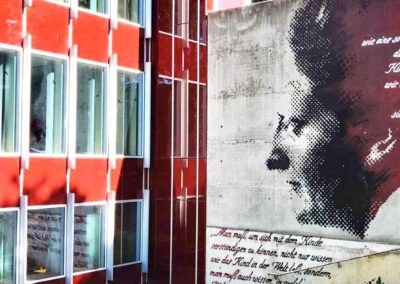 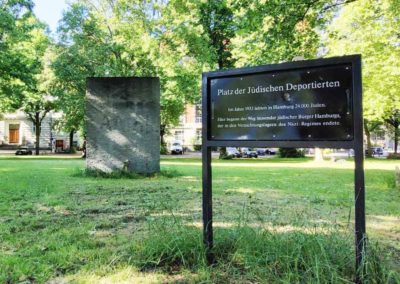 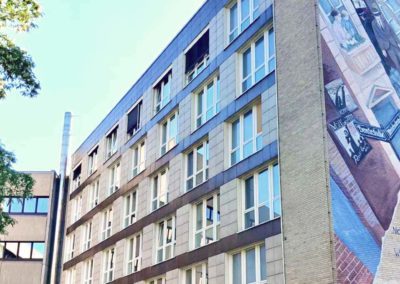 What others say about the walking tour

“We had lots of fun on the tour and are already looking forward to the next round with the tour in the HafenCity.”

“We made the most of today’s great weather and did the tour in the Grindel. It’s been really really great! It was easy to get going with the chat bot. We had lots of fun and learned a lot about the history of the quarter.”

Your starting code is just a few clicks away!